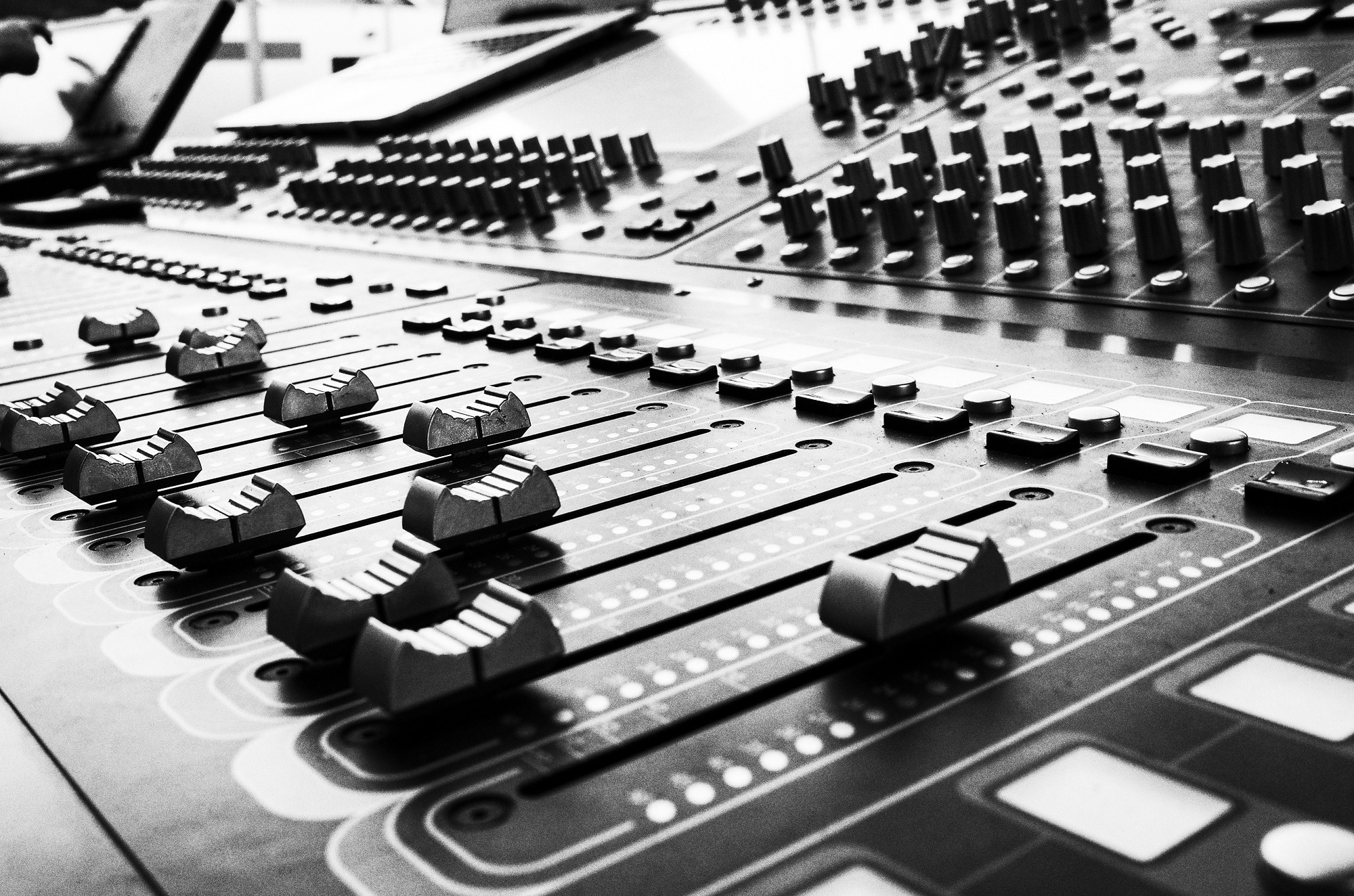 Why do I need Mixing and Mastering Services?

Music is food for the soul. As pleasing as it is to listen to music, a lot of work goes into making it and publishing it. Music is powerful. It can motivate people for a purpose, bring out the emotions inside you or make you want to jam out with your friends. For this reason, it is a must that the song lyrics and melody be able to translate well across multiple listening devices.  In a nutshell, this is what mixing and mastering is.

A lot of technicality goes into making music. Mastering and Mixing are the final stage of the recording process that makes music pleasing to hear. They help in enhancing the sound of the music and gives the music the crispness and modern edge that we hear today. The technological advancements have lead us to having affordable mixing services and mastering services that are accessible from our home, making it easier for anyone to enhance their music and polish their song before distribution.

Song mixing blends all of the audio tracks and instruments together to create a cohesive sounding project. Song mastering gives the final touch to a mixed song to further enhance the mix and bring tonal balance to the song. Both of these techniques require specialists of their respective fields to perform Mixing and Mastering and are a necessity for modern songs to sound pleasing to listen to as well as to have radio-ready quality.

What is Audio Mixing? 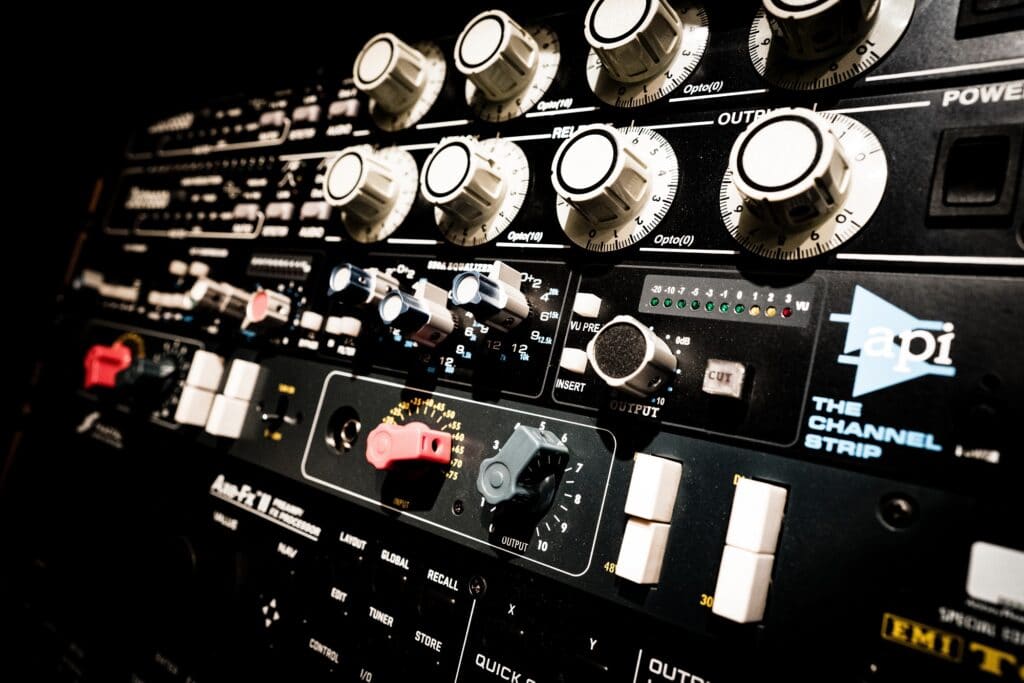 Audio Mixing is based on layering several audio clips together to balance them by applying equalizers, compression and other personal mixing techniques. Mixing is generally about adding all the audio files of the song and blending them together. It is like constructing a building; all bricks must be placed correctly, so as to form the correct shape, you cannot randomly place blocks and expect the building to stand straight or to have a pleasing shape. Similarly, Audio Mixing is making sure that the vocal audio is correctly mixed without harsh frequencies or resonances.

Song mixing is the same process, but instead of only a tune or vocal recording, instruments and other live action sounds are incorporated into this process.

Audio Mixing is generally performed in a studio with a mixing console, but it can also be offer to consumers through online music mixing services available. audio mixing experts are also known as mixing engineers.

Song Mixing balances the clarity of the song by fixing the levels of depth, frequency, level of sound, and stereo image. Mixing the audio frequencies that are in a high and low (in addition to panning) helps in creating a 3D effect of the music, which gives the concert listening experience from your headphones or speakers. Below you can listen to some songs we have mixed and mastered.

Audio Mixing is not as simple as it sounds. A lot of thought has to be put into mixing services. It is great that there are online mixing services that can provide this services to Indy and major label recording artists at affordable prices. Here at BCHILL MUSIC we also provide mixing and mastering services. If you would like to take your song to the next level and get it radio-ready, click here:

For a more comprehensive audio mixing, there is always a need for a human touch. Generally our work starts by the organization of the audio tracks into different audio buses and groups. This gives us more control over the entire song and gluing the individual parts together. The volume of the tracks and tonal balance are then leveled to make sure everything is in balance. We then listen to each track and applying processing including eq, compression, multi-band compression, etc. to ensure no tracks are peaking. We then listen careful to the entire song and eliminate any unwanted frequencies and also to make sure everything is consistent by focusing on all the parts as a whole to make sure all the audio tracks can be distinguished. This enables engineers to shape the whole song and make sure the song feels like one. We then apply filters, panning for clarity, reverb, delays and creative effects throughout the song to help control the emotion of the song.
A lot of different techniques are applied depending on the genre and vibe the artist is going for and emotion to which the song is to be directed. Every genre requires mixing and mastering including Rap, Hip Hop, Trap, R&B, Pop, KPop, Reggae, Dance Hall Future Bass, Chill, Ambient, Live Performance, Dubstep, etc. As engineers, we often spend hours mixing and making minor tweaks using our studio monitors to get the best result. After the audio has been successfully mixed, the work of the audio mastering engineer begins.

What is Audio Mastering?

Audio Mastering is the final polish to a mix. Mastered songs sound much better than the original song mix, just like polishing makes a product shine more than it already is. Audio Mastering makes the song more refined and enhances the quality of sound making vocals more prominent and audible and the instrumental to become more stabilized. Mastering engineers are experts in audio mastering and have a trained ear and treated room to make sure that the final master is able to translate across a variety of sound systems including cars, phones, home-theaters, clubs, venues, stores, elevators, shopping malls, radio, etc.
The first phase of mastering is usually selecting a reference track with the same tonal balance that you would like to achieve for your song. This way the mastering engineer can solo the individual bands and check that each of the frequency sections (usually low, mid and high) sound similarly balanced when compared to the reference song.

The second phase usually involves mastering eq and compression to control the dynamics of the song and remove/boosting unwanted frequencies. Some Mastering Eq’s that are the top choice for mastering engineers include:

Also, some of the top mastering compressors that mastering engineers use are:

The last phase usually involves harmonics processing and stereo-widening techniques using plugins or hardware of choice. This add pleasing sonics and warmth to the overall song.

Mastering audio must be done very carefully as any disproportionate setting can remove the aesthetic factor of the music, and instead of enhancing the character of the sound, it can ruin it.

We provide professional Mixing and Mastering services for artists looking to take their song to the next level.

The final song mix  is received by the mastering engineer (Generally with at least -6db of headroom so that the mastering engineer can naturally increase the volume without distortion). Slight adjustments are made to the mixed song but nothing major as to not alter any part of the mixed audio. The EQ, stereo enhancement, and limiting and compression are the first aspects to be implemented. The main goal is to get a high quality and tonally balanced final song that translates well across all mediums that the song can be listened to. The bass is checked and possibly compressed to prevent overpowering the song and dynamics are all normalized.

In Need of Mixing and Mastering Services?

Being a mixing and mastering engineer of over 10+ years, I have worked on thousands of songs with hundreds of artists. Let me help you bring balance to your song. You can check out some of my samples mixes below. Also visit my link here to book a mixing session:

Thanks and looking forward to working with you!

Songs Mixed and Mastered by Byron

Hey! My name is Byron and I am a professional music producer & mixing engineer of 10+ years. Contact me for your mixing/mastering services today.